Cockroach Extermination, and Prevention In Wisconsin 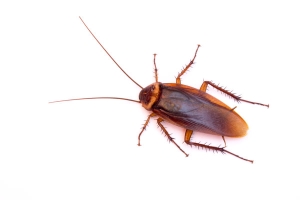 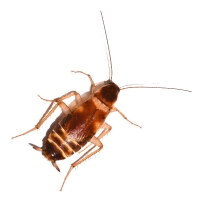 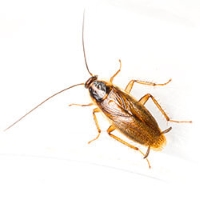 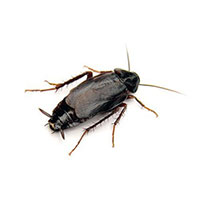 -Cockroaches in your yard, or in the structure-

There are 4 common types of Cockroaches in Wisconsin. The German Cockroach, Brownbanded Cockroach, Amaerican Cockroach, and the Oriental Cockroach. Its not doubt that all four are nusance insects, but what can you do about them? Alot actually, and Ewert Pest and Wildlife Control can help you as well.

The German for instace is a large filth insect, so you will find them in the kitchen, and bathroom, and around garbage areas. German cockroaches prefer warm and humid environments, close to food and water sources. They frequently invade residential properties by hitchhiking in grocery bags, cardboard boxes and secondhand appliances. Homeowners are most likely to find a German cockroach crawling around the bathroom or kitchen.

The Brown-banded cockroaches can take shelter throughout households and are often found lurking in kitchen cabinets and bathrooms, and even behind picture frames. This species lives for 206 days on average and can reproduce at alarming rates. Females will lay about 14 egg capsules during their life span, each capsule containing 10-18 eggs, allowing this species to populate quickly. The brown-banded cockroach is primarily nocturnal but can be found on the move during daytime. However, due to their nocturnal nature and small stature, the brown–banded cockroach can easily go undetected.

American Cockroaches give out four telltale signs of an infestation. First, homeowners will see the fast-moving insects themselves usually fleeing to dark areas. Second, American cockroaches leave behind droppings in the dim areas in which they hide. These small droppings are blunt on the ends and have ridges on the sides. They are often mistaken for mouse droppings, so it’s important to contact a licensed pest control professional for proper identification. Another sign of an American cockroach infestation is the presence of egg capsules, which are about 8 mm long and dark-colored.

Oriental Cockroaches are sometimes referred to as “waterbugs” because they hang out in damp areas, as well as “black beetle cockroaches” because of their smooth, dark bodies. Oriental cockroaches gain entry into households by going under doors and through gaps beneath siding, as well as following pipes, sewers and drains into a structure.

Ewert Pest and Wildlife Control utilizes liquid, dust, gel, and granular products to eliminate and control cockroaches. Once we perform our detailed inspection, we will verify the type of cockroach, and then create a solution for remediation, and prevention for the future. This will give your property the best defense against Cockroaches.

Learn more about Cockroaches and other Pests

Why choose Ewert for your Cockroach Remediation?

Eco-Friendly Extermination, and Prevention services for your home. We service all insects, rodents, and wildlife.

Commercial IPM Services to help keep pests away. We specialize in protecting the health and integrity of all business types.

Wildlife Trapping and Relocation services. Exclusion, and Clean Up with Guaranteed results.